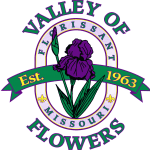 Please read the “Parade Rules” before you fill out this form.

**Dance groups will only perform on a flatbed or float.

They will not walk in the parade.  Dance units use this form.**

By submitting this form, I have read the parade rules and agree to comply with them.  I further understand that if my entry is non-compliant with any of the rules on parade day, my unit will not proceed with the rest of the parade.  The applicant agrees to hold harmless the Sponsoring Organization and the City of Florissant for any loss or damage to person or property of the Applicant.  If this is a sponsored unit, please submit an electronic copy of the sponsor’s logo.

3. MOBILE UNITS – Use the entrance to James J. Eagan Center located at Parker Rd. & Waterford Dr. Parade officials will check you in and direct you to your parade line-up location. If you wish to be judged, arrive before noon. Late arrivals will not be judged. Drop FLOAT RIDERS off after check in they should then proceed to their unit. Units not being judged please arrive no later than 1:00 p.m. Reminder – Floats can be no taller than 12 ft. from the ground to the top of the float and must have at least one (1) walker per side for safety.  Only the first two car clubs (only six cars per club) with approved applications are allowed. All vehicles in the parade must submit proof of insurance to the office with the parade application. Units must continually move forward to maintain a close gap with the unit before them.

5. DISTRIBUTION OF ITEMS TO SPECTATORS – Parade participants may not pass out fliers or advertisements. This includes but is not limited to campaign literature or promotional fliers for events or businesses. Elected officials may not pass out anything with their name and position identified. For safety reasons, no one may throw anything from parade units to parade spectators. Parade officials may immediately remove from the parade the unit that violates this provision.  A group member walking next to your unit may distribute allowed items (e.g. candy or beads).

9. THE PROGRESS OF ALL PARADE UNITS MUST BE FORWARD.  Do not stop.  All units must follow the instructions of the parade officials and continually move forward to maintain a close gap with the unit before them.  Parade officials may immediately remove non-compliant units from the parade.  All units must complete the entire route to the Duchesne Home Association Grounds on Washington St. Do not leave the parade (unless you have been removed by a parade official) until you have passed the Home Association Grounds.  The reviewing stands are at the corner of rue St. Francois and rue St. Jean, approximately one (1) block before the television cameras.

There must be one application for each unit entered.  The coordinator will notify you if there is a question about your application. The Valley Of Flowers Committee has final approval of all Parade applications. For additional information email us at o[email protected] or call the Festival office at (314) 837-0033.

***Submission of a parade application means that your unit agrees to comply with these rules.***